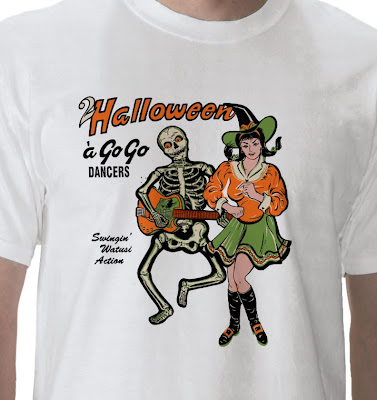 I've been working with vector images all day today and remembered the packaging for the "Halloween a Go-Go" decorations from the 1950s.   I redrew a representation of the old packaging and decided to make t-shirts out of them.  I just had to...  the packaging is too funny.  "Swingin' Watusi Action"?  Groovy!  And at the same time I had to redraw a favorite old Trick or Treat bag image, further colorizing the image and making the two black cats "glow" 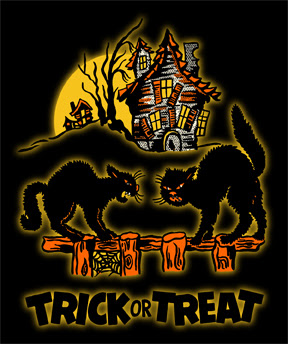 Definitely got a badly needed Halloween fix by drawing these...  Only a couple of months and Halloween will start to appear in stores!
To see the newer old fashioned designs on Zazzle - click HERE
Posted by SPOOKSHOWS.COM at 4:52 PM No comments: 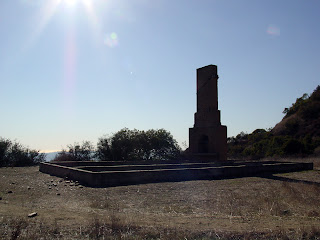 This was an unexpected - and spooky - find far up in the hills above Burbank. It's a very old abandoned Boy Scout camp. The monolithic chimney of it's main house is all that remains, looking much like a scene from 2001 A Space Odyssey.  It was built well to be able to withstand so many earthquakes and brush fires.   But now, except for the sounds of wind through the brush, it's silent up here, one would never know you were in Los Angeles.  I like that about LA, there are many, many hidden treasures here. 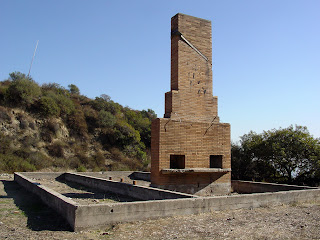 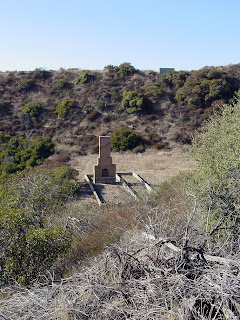 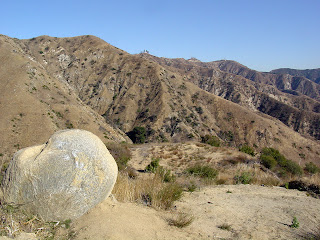 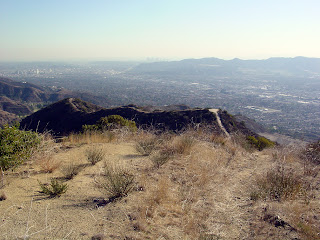 After taking this last photo, there was a loud commotion on the level below me.  All I could see were branches of bushes moving violently, it may have been a mountain lion attacking something.  Or the ghost of an old boy scout...﻿
Posted by SPOOKSHOWS.COM at 12:35 PM No comments: